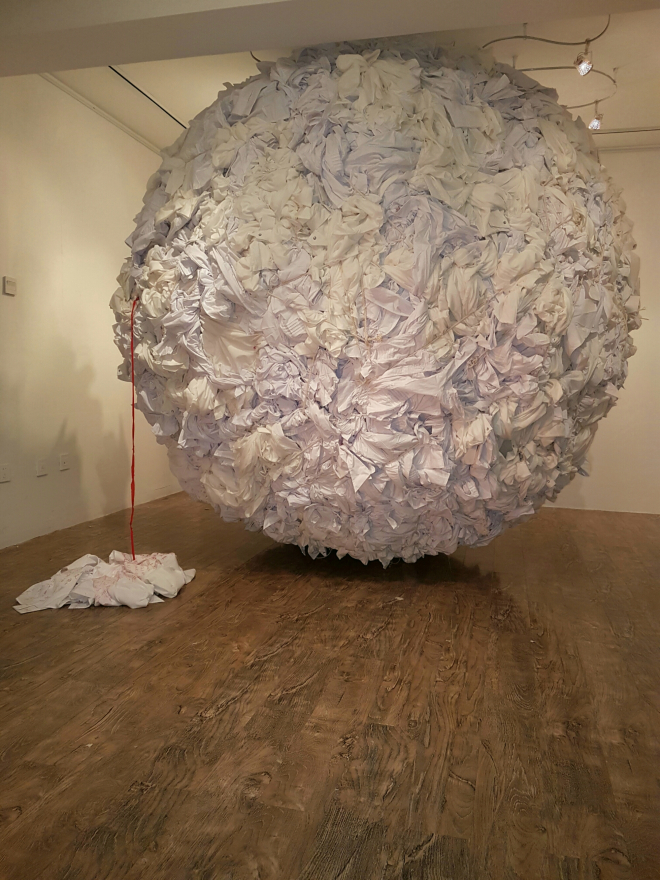 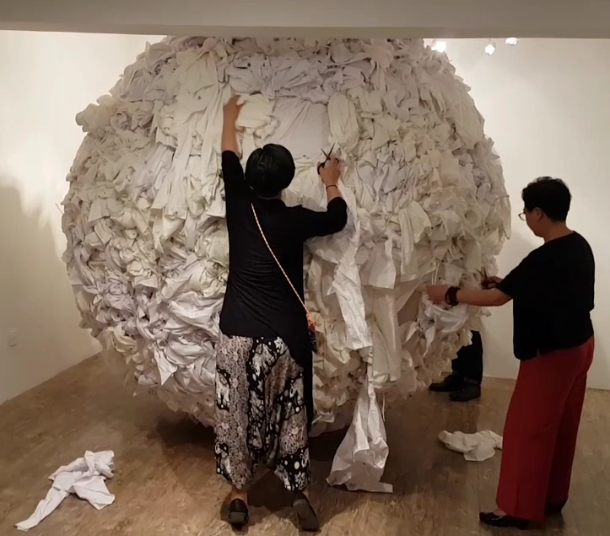 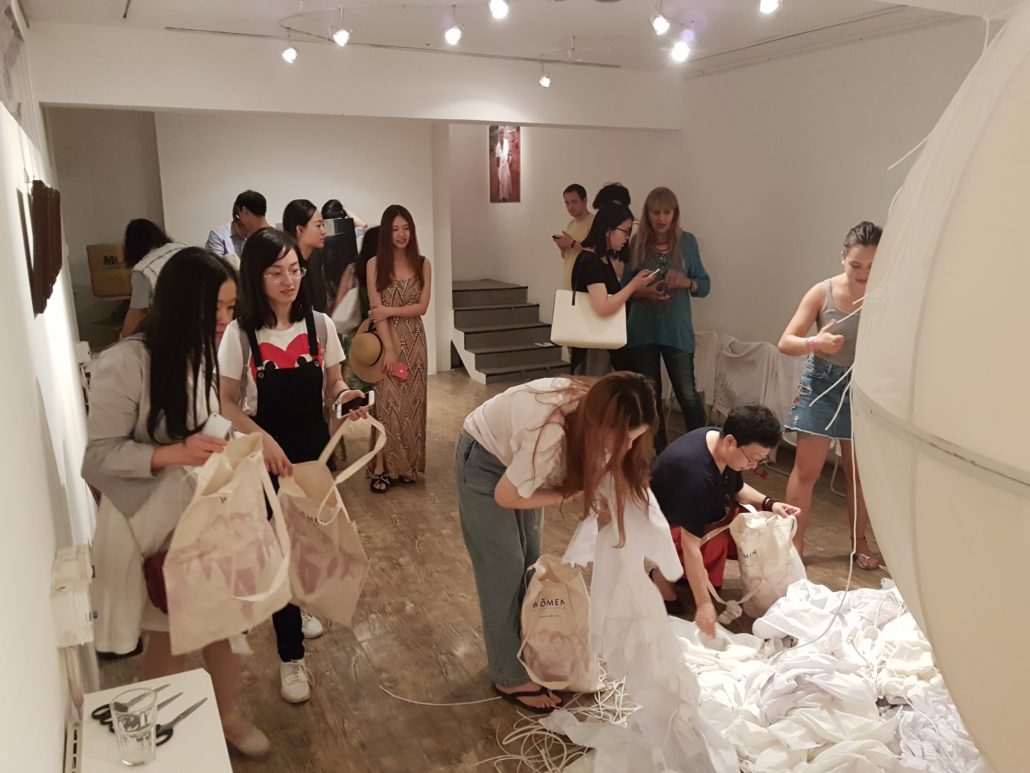 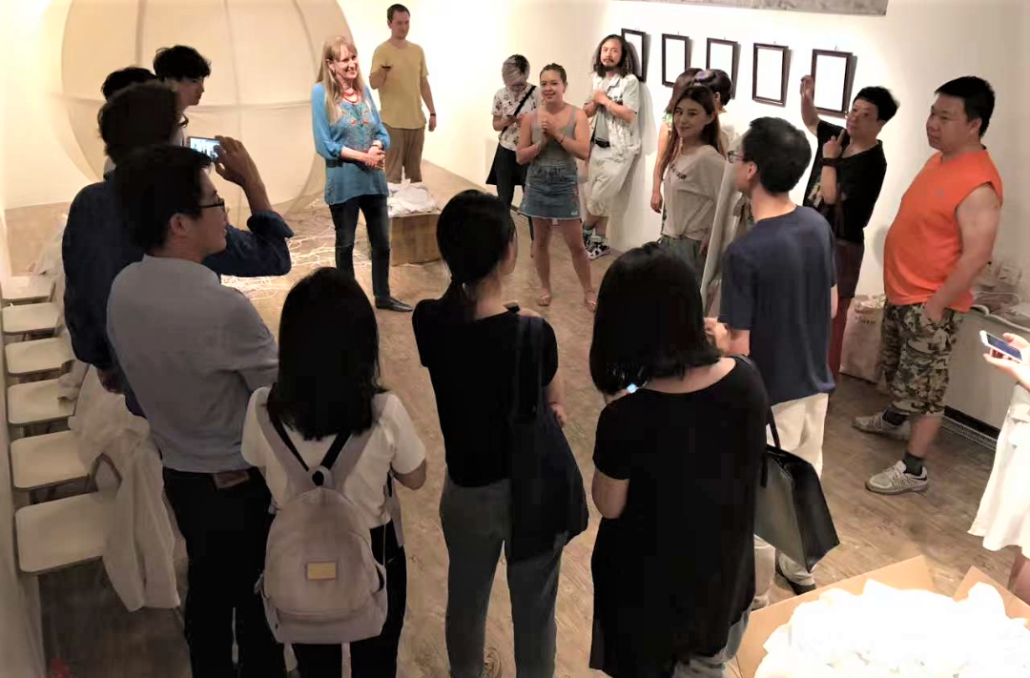 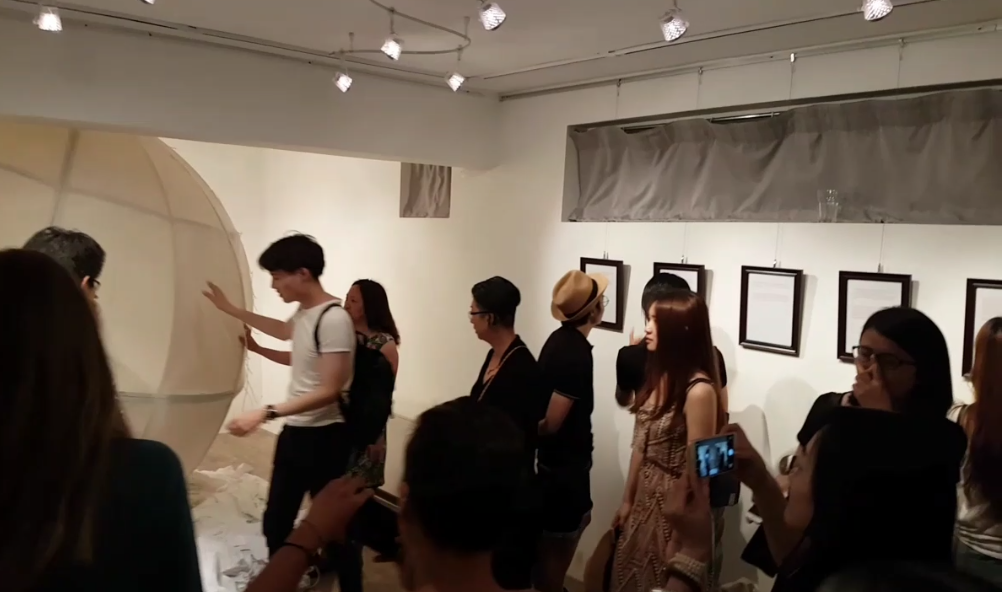 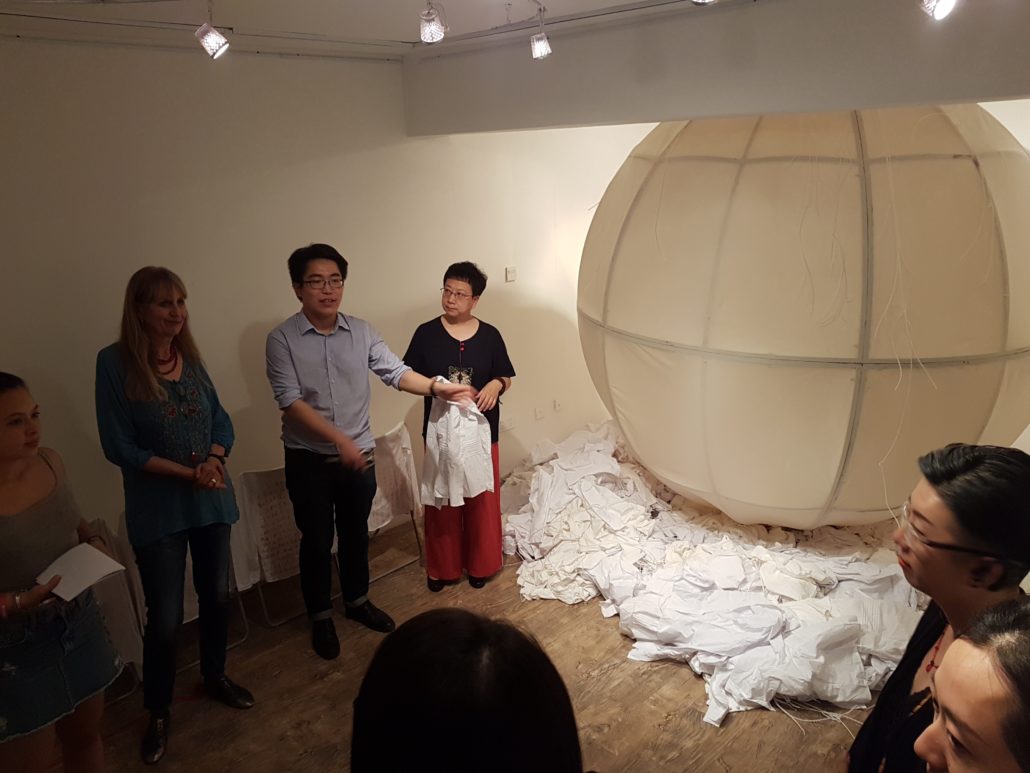 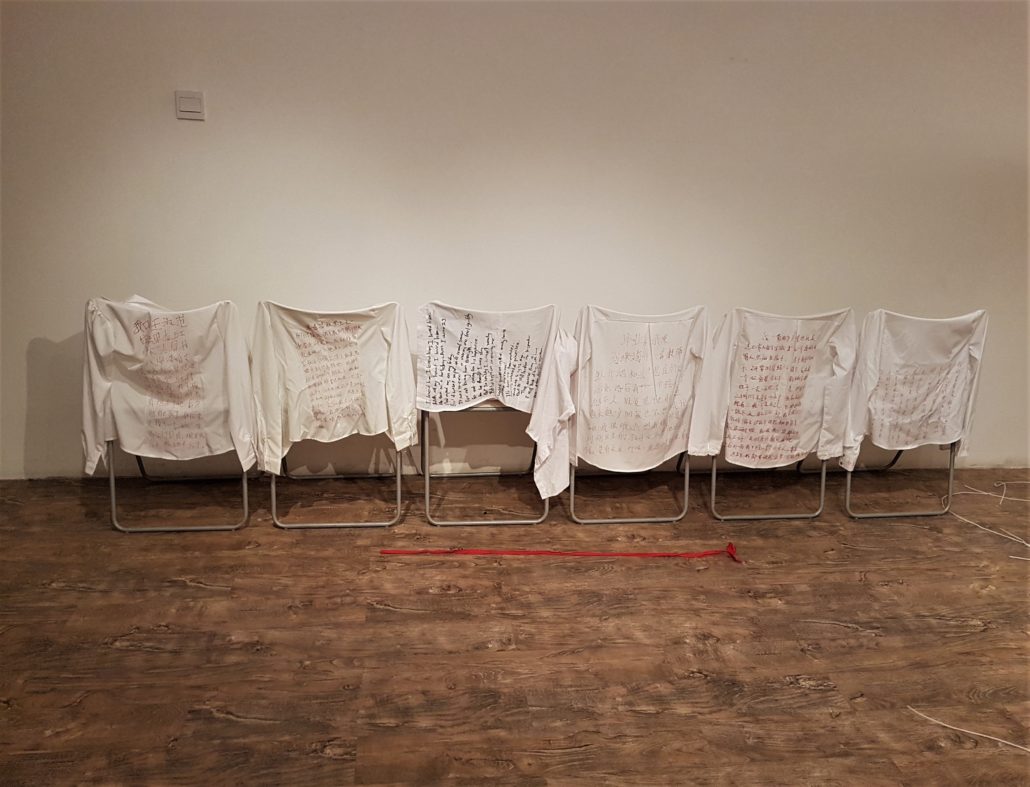 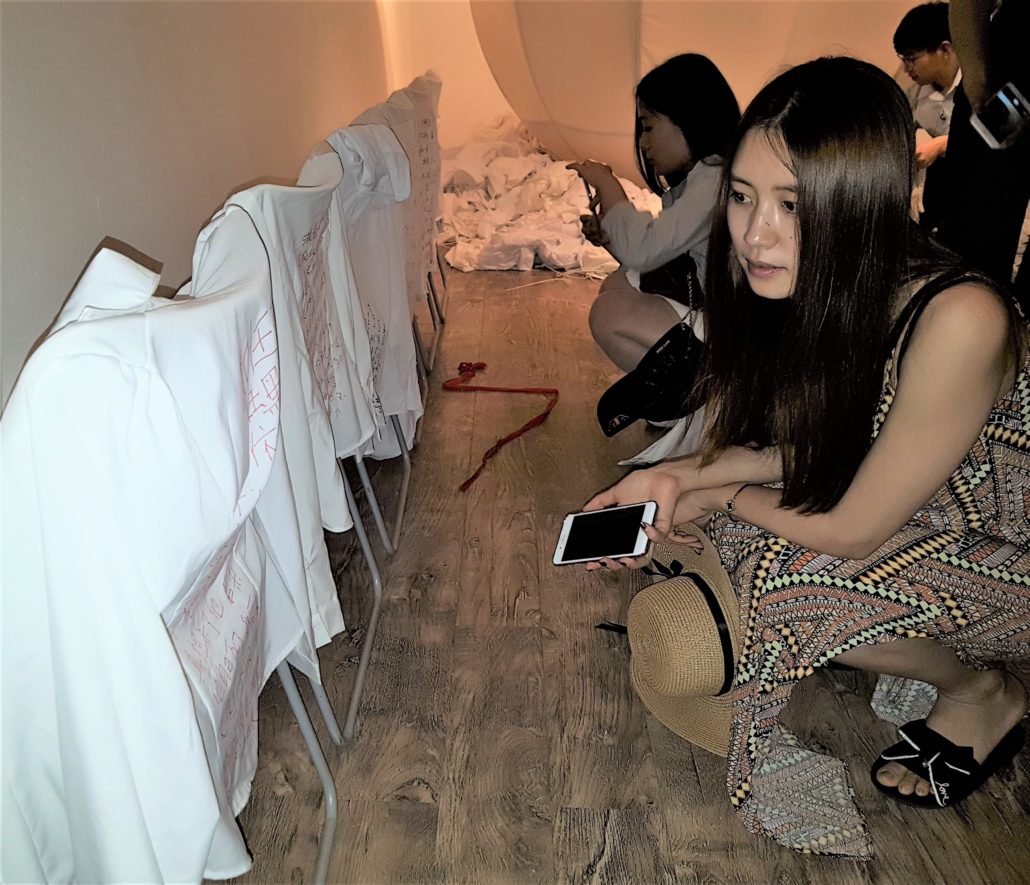 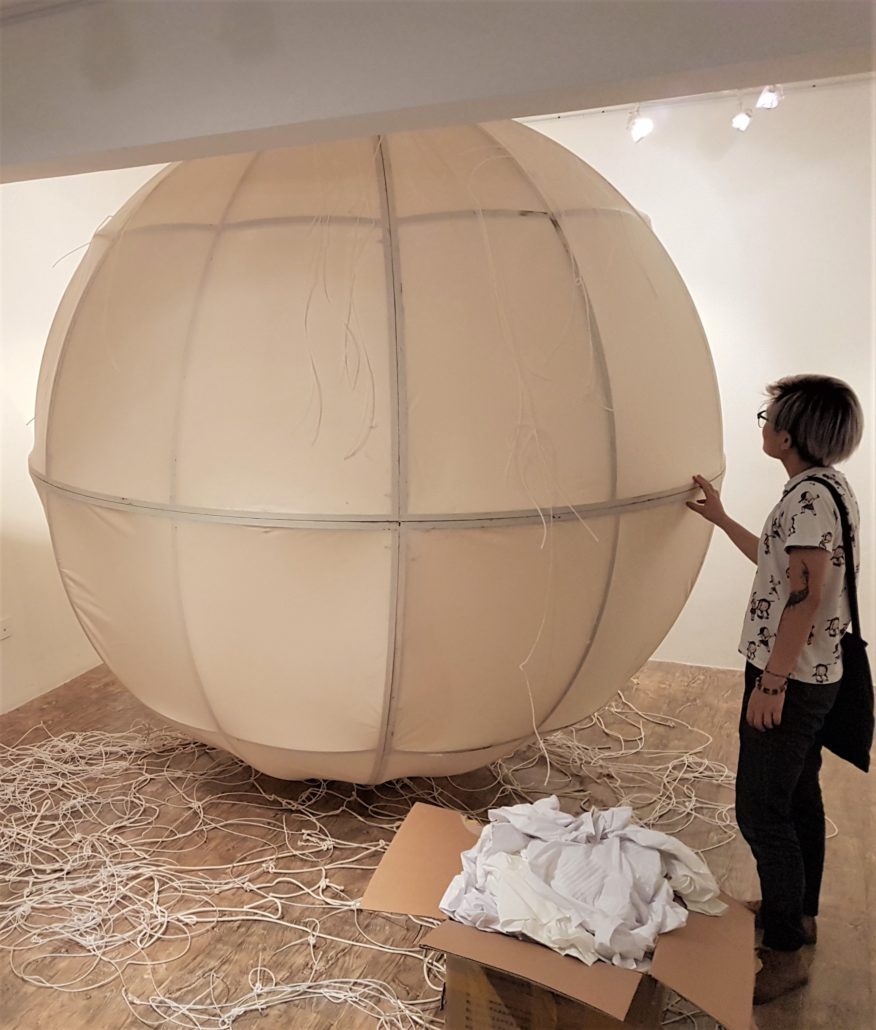 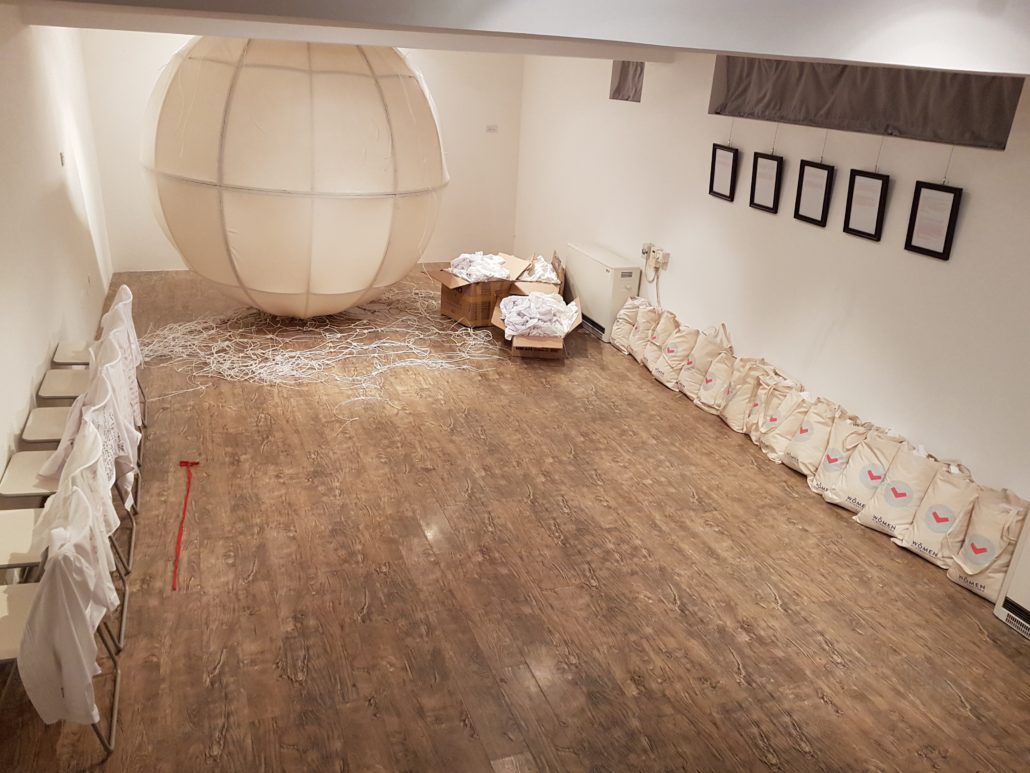 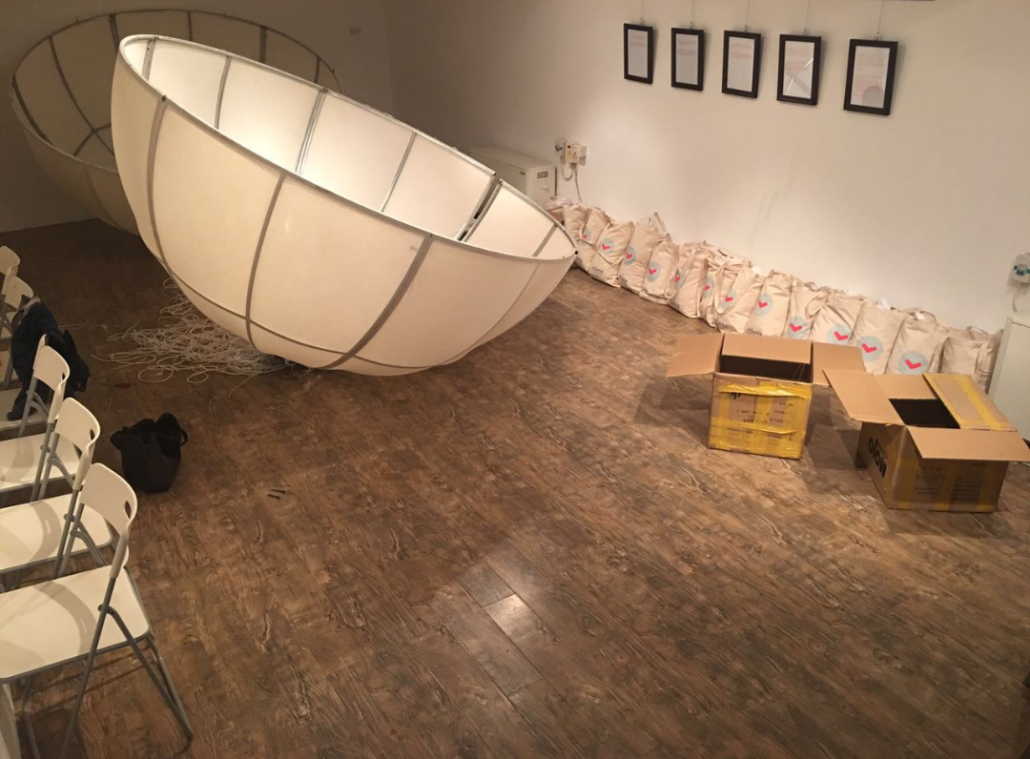 For my art installation UNTOLD STORIES, 500 white shirts were tied together with thick ropes to form a huge globe. There are only a few shirts lying on the ground that are connected to the globe with a thin line of blood. This pile of shirts found their way out of the harmful prison of silence that is the globe, which allowed them to be written on.

We are here today to portray our determination to break the silence of women affected by all kinds of gender-based violence and discrimination.

The event is intended to show and confirm China’s social and societal support for these women, the seriousness of the violence, and the commitment to end it. It allows the WOMEN IN THE DARK to express themselves and assures them that people want to hear what they have to say. The act of cutting the ropes by members of NGOs and human rights organizations helps the shirts fall down and “frees“ them from being held back. These shirts will be picked up by professionals and handed out to the women who want to speak out.

In 2016 China created their first law against domestic violence. This law is very politically significant; however the cultural roots of domestic violence still need to be changed in order to remove pressure and dramatic consequences for the women. Women need to feel safe to report violent husbands and family members to the police and to seek separation from their abusers.